THE VAULT – NOW ON NETFLIX 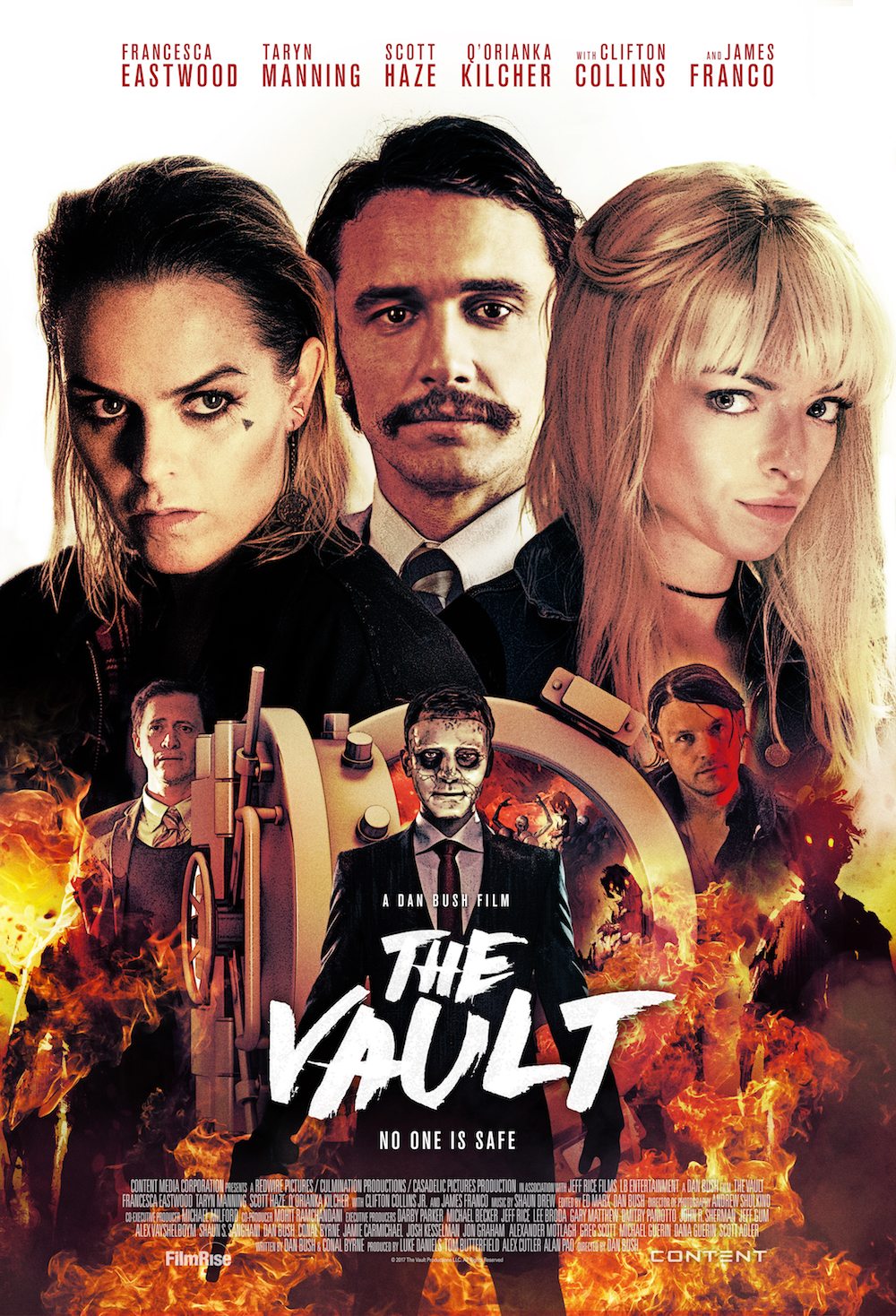 In order to save their brother Michael’s life, the Dillon sisters, Leah and Vee have organised a bank robbery, but when the upstairs vault doesn’t have enough money to cover Michael’s debt, on the advice of Assistant Bank Manager Ed Maas, they drill into the downstairs vault. But the bank’s basement hides a terrible secret and before long, the Dillons have to choose whether to face the police outside or the terrible supernatural forces in the vault below.

The Vault stars Francesca Eastwood (Final Girl) and Taryn Manning (Hustle & Flow, Orange Is the New Black) as estranged sisters, who are forced to rob a bank in order to save their troubled brother, played by Scott Haze (Child of God). The heist begins smoothly, but mayhem ensues when the defiant bank manager (Franco) sends them to a basement-level vault, which, it turns out, is home to something truly evil.

The Vault is directed by Dan Bush, one of the filmmakers responsible for 2007’s quite excellent science fiction-horror movie, The Signal. FilmRise is releasing The Vault in select theaters and on demand, Sept. 1