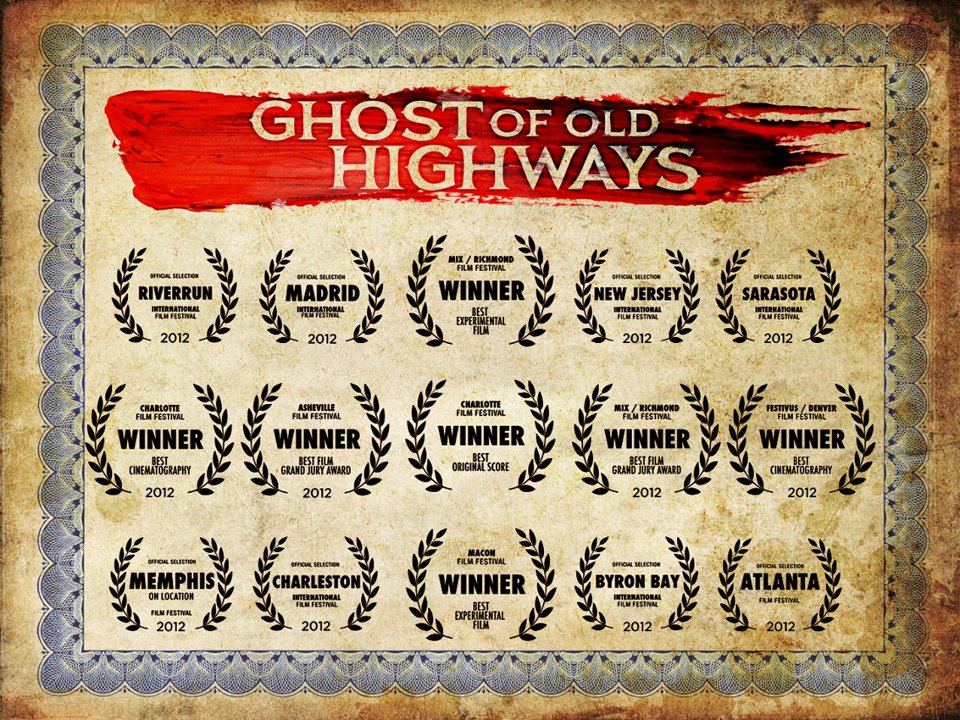 “ Ghost Of Old Highways” was selected to screen at 17 film festivals so far in 2012. It’s won awards and is nominated for others upcoming. Here’s the list: